A stunning performance from 2018 Australian Speedway Champion, Rohan Tungate, was required to win the Mallee Bearings, 2021 Jason Lyons Solo Trophy, ahead of top points scorer, Victorian Champion, Justin Sedgmen, with early January star at Olympic Park, Ryan Douglas in third place. Joining those on the podium was triple World Champion, Jason Crump in what was a spectacular final, well worthy of the Lyons award.

Sedgmen had only dropped one point during hid heat rides to Douglas when the Queenslander had the advantage of an inside start gate whereas Sedgmen started from gate four and was never able to get by on Douglas, who, in previous heats, had dropped points to both Jordy Stewart and Jason Crump and then to Rohan Tungate in their last heat once Tungate had again become comfortable with the Olympic Park way of going.

Sedgmen, by virtue of his fourteen-point haul, selected gate one for the final, while second pick went to Tungate, who selected gate two and Crump, the other automatic selection, even though the picks after Sedgmen went on count back. Crump had had two good wins from the outside gate position, where he had made some electrifying “old style Crump” starts, so selected wide for the Final which left the fourth rider, the consistent Douglas to use the third gate position having get his chance by winning the “cut throat, B Final” ahead of Jordy Stewart, who had the same points as Tungate and Crump, by lost the chance of an automatic qualification by the count back.

Sedgmen made the start and dominated the early going and was looking quite set to take the Trophy named after his important mentor in Jason Lyons, but Tungate had other ideas and worked Sedgmen into a position, in the second half of the race, that forced Sedgmen to defend the low line while Tungate wound up his speed and passed Sedgmen on the outside, always a spectacular and much appreciated move for spectators to enjoy. Tungate went on the consolidate his win, proving that he is still confident now with Olympic Park, a track, which in early days, was never on Tungate’s list of favourites.

Jordy Stewart (13) was stiff to miss a direct entry to the main event and had to ride off in the “B” final against Ryan Douglas (12), Fraser Bowes (10) and last qualifier, Jack Morrison (8), in what had been a good return for both Bowes and Morrison, who always seem to be riding in the strongest company imaginable. Both these lads are good riders, but when pitted against the likes of Crump, Tungate, Douglas and our locals, Sedgmen and Stewart, are just lacking in experience butt to score as they have this season has been a credit to them both.

Douglas got out of the gate well from the start and was able to consolidate against Stewart over the whole event, eventually winning and earning the last spot in the main event with ease. Just missing on the last chance qualifier was Mildura’s Patrick Hamilton who has shown improvement in each of the Club’s January “top line” meetings scoring two seconds and three third placings, in what was a good night’s work.

Track conditions were good on the night, considering the heat of the day was against the Olympic Park Track curators, who had worked hard to give a surface which worked for both Solos and Sidecars.

Sidecar support was enjoyed by Olympic Park patrons trackside and those watching via the “visit mildura”, Mildura Regional Development “Live Streaming” experience, as the keen three-wheeled competitors were at it right from the start. Mildura’s patrons were pleased to watch a younger generation of riders making their start in senior speedway with Max Howse, son of Rick and Riley Commons, son of Adam, making their mark on the discipline. The boy’s fathers were a bit stiff to be placed second in the Australian Sidecar title of 2010 at Newcastle Showgrounds, after being the fastest and hottest competitors on the night, so the boys are traditional “sons of guns”. An engine problem late in the night denied them a chance in the Sidecar final.

A group of five teams contested the Final on the night with Byren Gates / Mick O’Loughlin holding sway against Neale Hancock / Tubs Johnson, Simon Cohrs / Cam Diwell and Chris Walker / Phil Bourne-Bryant, who finished in that order behind “The Gater”. The Broken Hill team of Darren Howse / Jack Wheeler, were excluded for an infield indiscretion mid race.

The 250cc class was entertaining all night with the older group of Juniors enjoying their night out on the senior track with Michael Cogdell taking the points by one over both James Pearson and Jackson Milner, with Broc White next in line.

Mildura Club officials were delighted with the cooperation received from patrons in respect of Covid 19 compliance at both the identification at the Stadium entry gate and also by social distancing around the Stadium grounds and for observing the laneway requirements at all of the toilets, drink stands and food outlets. The Club has sought total cooperation from patrons with the Covid sanctions as that is the only way that Olympic Park speedway can continue to operate.

The attention of the Olympic Park season now turns away from a hot January of Solo speedway to the remainder of the year, seeing a strong focus on Sidecars with the next meeting being the Gates Sidecar Cup, to be held on Saturday 20th February. The 2021 Victorian Sidecar title will be next on Saturday 6th March to be followed by the annual Sidecar Spectacular on Saturday 20th March, the Sidecar Shootout is on Saturday 10th April and then, the season’s highlight being the KW Earthmoving & Concreting, 2021 Australian Sidecar Championship, to be held over the Anzac weekend in late April. The Qualifying meeting for the Title will be held on Friday 23rd April with the Championship Final being held on Saturday 24th April.

Mildura Club officials know that every Sidecar exponent from right around Australia will be keen to race and get “track time” at Olympic Park prior to the Australian Title in April.

The Club knows that the influx of competitors and visitors to the important meetings for the remainder of the season will be a boon for Mildura tourism, hence the arrangement with Mildura Regional Development and their “visit Mildura” campaign. 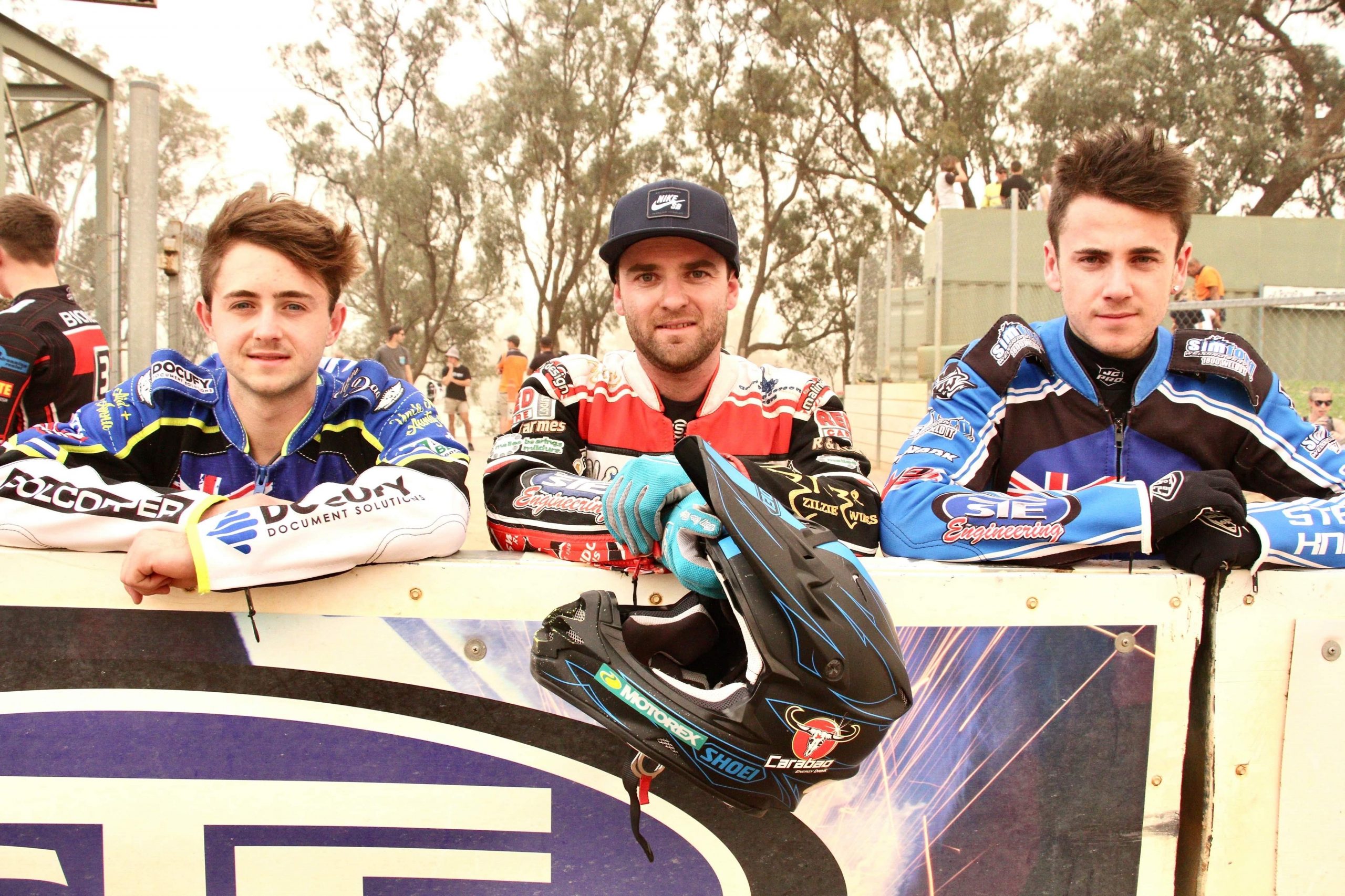