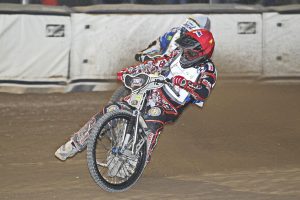 The reigning Phil Crump International Solo Trophy winner will be out to defend his title in the solo compartment of the meeting going head to head with World Speedway Championship contender Jason Doyle.

Masters has been in sensational form again in the 2017 season representing Australia in the Speedway World Cup, and again being nominated as the Wildcard for the 2017 Australian Speedway Grand Prix at Etihad Stadium.

Masters has been on the sidelines in the past few weeks with a broken collarbone but is expected to be back racing in the next two weeks, Masters has a particular liking to the Mildura track having won last years Phil Crump Solo Trophy and the Australian Championship round held at Olympic Park last year. Masters added “its always nice to come to Mildura its a track I like and enjoy coming to ride. Being Phil’s meeting and the 70th anniversary of the club it should be a fun night”.

Sidecars will also feature on the program with the Inaugural Gates Sidecar Cup in honour of the Gates family who have been involved in the Mildura Motorcycle club for over 40 years either on the track racing or off the track in administration. Twelve of the World’s best sidecar teams will be taking part with riders being announced closer to the event.

There will be a working bee Wednesday night (march 11th)  at 5.30pm to get the Arena Cross track up to Read more